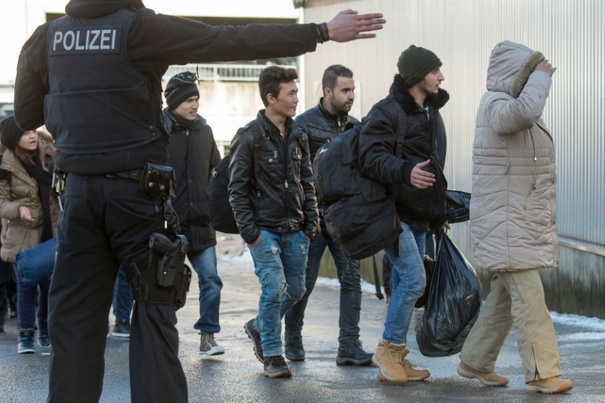 Schäuble warns of Germany not being to able to cope with the refugee crisis. (© 2016 AFP)

Schäuble warns of Germany not coping with refugees

Federal Minister of Finance Wolfgang Schäuble (CDU) has warned that Germany could be overwhelmed due to the refugee crisis.

Berlin - On the Monday evening at an event in Düsseldorf, federal minister of finance Wolfgang Schäuble was quoted by the "Rheinischen Post" as saying: "Everyone can see that we cannot accommodate the whole world. One should not be held responsible for the impossible".

Schäuble demanded that Germany and Europe should provide much more assistance and aid to the Middle East, Asia and Africa, both financially and politically, so as to prevent more refugees from having to flee to Europe. The minister of finance also showed his solidarity and support for Chancellor Angela Merkel (CDU) and her policies regarding the refugee crisis, who has seen much criticism from outside her party but also a great deal from within her own party. Schäuble said "She fights to see Europe damaged as little as possible. That is what I support her in. "