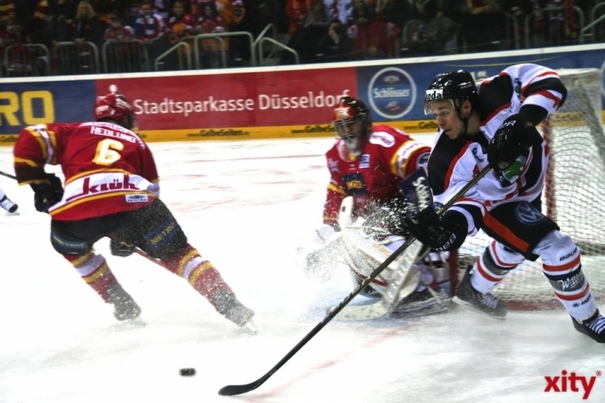 "Goalkeeper of the Year" leaves the DEG

Tyler beskorowany changes to the NHL

The Düsseldorf EG will compete the next season without the goalkeeper Tyler Beskorowany.

Düsseldorf - The 25-year-old Canadian will change to the North American NHL. Although Beskorowany has a valid contract with the DEG, he had an exit clause in his contract which made him possible to switch the club.

Head coach Christof Kreutzer: "We can his decision of course understand he deserves this opportunity through its strong performance, we also did not want to spoil it, we now have enough time to look around us in peace for alternatives and options on the goalkeeper position.. . Tyler We wish every success in his future. He'll be right here in Dusseldorf always welcome! "Tyler beskorowany: "I thank the entire DEG, that it has taken me so well last year too, thus I could have a good season and now get the opportunity to prove myself in the NHL that was my dream yet... once: Thank DEG "!

Beskorowany was taken in September 2014 in response to the violation of Bobby Goepfert under contract. His commitment proved a stroke of luck. After his outstanding performance in 54 games the Canadians of the DEL, the trade press, the players and spectators has been named the "Goalkeeper of the Year". After striker Andreas Martinsen This changes a second DEG actor in the 2014/15 season in the NHL. Kreutzer "It's unusual for a German club two players gives in the NHL, however, is also an indirect praise for our work together in the past season.."