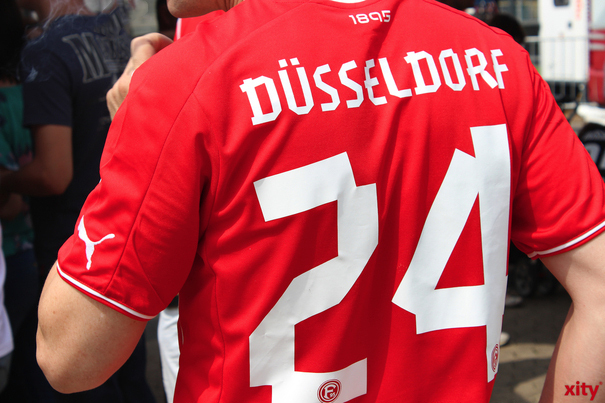 The 29-year-old attacker is being loaned until the summer 2016 from the Bundesliga team FC Augsburg. Djurdjic already had his first training with the team on monday.

Düsseldorf - Djurdjic played in his carrer already in six different league in Europe. In those six league he played in total 203 matches, scored 76 times and made 35 assists. In Germany he played for the clubs SpVgg Greuther Fürth and the FC Augsburg. In 31 Bundesliga matches he score six goals and made three assists, in the second Bundesliga he played 15 games, scored four goals and made assists.

After the Bundesliga season 2014/2015 the FC Augsburg managed to qualify for the Europa league and Djurdjic got sent on loan for a half year to Malmö FF. For the swedish national champion he played 22 matches, scored six times and assisted seven goals. After the successfull champions league qualification, in which he played four games. In the six champions league games against Paris St. Germain, Real Madrid and Schachjor Donezk he played every single game.

Nikola Djurdjic: "I am very happy that the transfer to Fortuna has worked out at the end. I remember the game with Fürth here in Düsseldorf very well. The game was very tough for me, since the fans supported the Fortuna players very well. I am looking forward to play my very first match in the arena and to actually play together with my new collegues in the next training sessions."

Rachid Azzouzi, sports director: "With Nikola Djurdjic we were able to win a stricker that we knew from the time he played in Germany. That was also one reason why we want to sign him. He played in several european leagues and prove to us his qualities in front of the goal. We will benefit from the experience he gathered in the coming months."