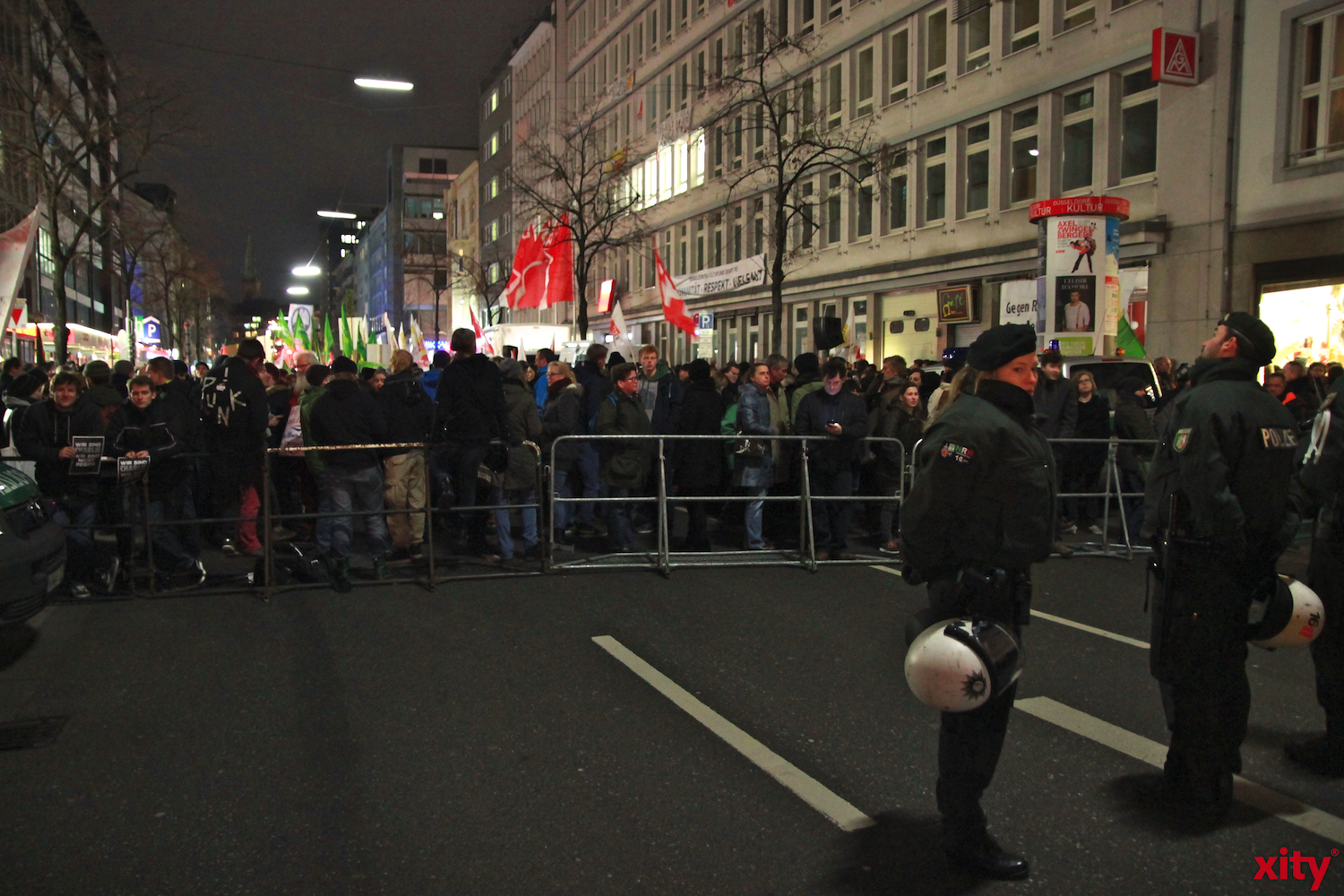 About a hundred supporters of the 'Dügida' gathered last night in the capital of NRW (xity-Picture: P. Basarir)

800 police officers on site at the demonstration

About a hundred supporters of the ''Dügida'' gathered last night in the capital of NRW.

The police shortend the original route of the demonstrations, in order that the mosque would be still available for the night prayers. But before the demonstrations, a lawsuit was submitted by the Dügida supporters to the administrative court in order to stop the shortanage of the orginal route. The resposible judge decided to lift the restrictive pad and allowed the Dügida supporters the anticipated route.

Several hundred people attended couter-demonstrations at 18 o'oclock infront of the main station in Düsseldorf. The counter demonstraters advertised on the social media plattforms a ''flash mob''.  At 19 o'oclock the counter-demonstrations ended with 200 participants smoothly. The assemblers tried to remove at some sites the shutter grids but the police officers prevented that. The counter-demonstrators at the main station were only prevented by police officers with pepper spray and police batons.

At 17 o'oclock the Rheinbahn stopped leading trams and busses to the main station. The police also sealed the traffic around the demonstrations. The police blokades were stopped at around 20 o'oclock.